It’s February 1993 and The US Federal Agency, The Bureau of Alcohol, Tobacco & Firearms (or the ATF) has obtained a warrant to search The Mount Carmel Ranch just outside of Waco Texas which is a 90 minute drive south of Dallas.

The Ranch is the headquarters of a deeply religious cult known as the Branch Davidians, which separated from the Seventh Day Adventist Church in 1955.

Their self appointed leader is charismatic wannabe rockstar, David Koresh.

According to Branch Davidian survivors, when the cult was tipped off that a raid was imminent, Koresh ordered selected male followers to take up arms and be ready for the raid while women and children were told to take cover in their rooms.

So, when the ATF arrived on that Sunday morning in 1993, the compound was prepared. Koresh allegedly told his followers he would attempt to speak with the ATF.

Who fired the first shot is in dispute but what ensued was a 2 hour gun battle where 4 ATF officers and 6 Branch Davidians were killed. Cult members also fired on and hit helicopters circling overhead.

Following the gun battle, the ATF withdrew and the FBI were called in including my guest for this episode, former FBI negotiator, Gary Noesner.

It’s well documented that as the siege went on, the FBI leadership became divided as to the best plan of attack. To negotiate or use tactical pressure to force them to surrender.

Leading the negotiating team, Gary, was able to secure the release of 35 people including 21 children. I think it’s worth noting that No one else was released after Gary was rotated out of his negotiating role.

The siege would eventually end on April 19, some 51 days later in a huge fire. In all, 76 people died including Koresh.

This month, Paramount Network released ‘Waco’ a 6 part made for TV series about the siege. Gary’s role is played by actor Michael Shannon.

This is my 3rd interview with Gary and each time I learn something new.

You might wonder what agents can learn from an FBI negotiator but from where I’m sitting, it’s pretty simple.

There is always a way through, we just have to have the skill to find it and the patience to stay the course.

As real estate agents, we negotiate for a living. Let’s say you need to secure a price reduction on one of your listings. What arguments will you muster to support your request and how many times will you need to meet with your client for them to agree with your opinion?

I find most agents try once or twice them give up.

I haven’t seen Waco . The 6 week series has only just started and it’s not available outside the US as yet. But the reviews are very favourable and I’ve included the official trailer below

Before I get started with the interview, I want to suggest you get hold of Gary’s book, Stalling For Time. I believe it’s the best book on negotiating I have ever read and it will change the way to approach almost every negotiating situation. Or better still, If you love audio books like I do, you can get the audio version narrated by the man himself. Check it out here

After all, if you can learn from a professional who negotiated with someone who thought he was the next Jesus, negotiating with your real estate clients is not that hard.

Get the audio book version of Stalling For Time here 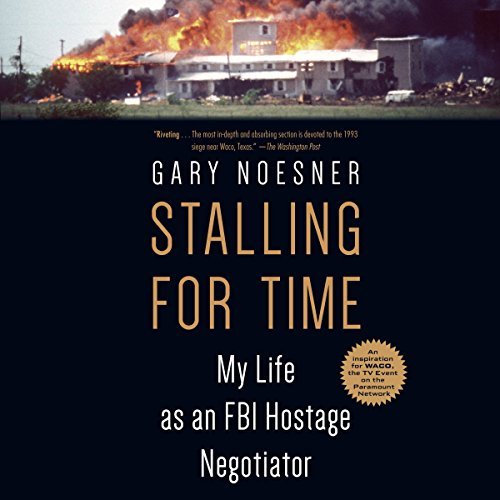