TAP 56. US Navy SEAL turns battlefield lessons into a playbook for business and life. An Interview with Leif Babin. A Podcast For Real Estate Agents

And I have no idea what it’s like to walk into a battle in full combat gear carrying 90 pounds of weapons and supplies with live rounds exploding all around you.

… but my guest in this episode does and he’s the co-author of the #1 New York Times best-selling book, Extreme Ownership: How U.S. Navy SEALs Lead and Win.

Leif Babin is a former Navy SEAL officer who deployed three times to Iraq earning a Silver Star, two Bronze Stars and a Purple Heart. Leif was a SEAL platoon commander in the Battle of Ramadi in 2006, one of the most notorious battles of the war.

He then went on to teach leadership to the next generation of SEAL leaders.

He left active duty in 2011 and launched a leadership and management consulting company, Echelon Front, with fellow former SEAL Jocko Willink to teach others how to build, train and lead high-performance, winning teams.

I really enjoyed this interview with Leif and I think there are so many important lessons and strategies for business, relationships and life.

I have read Leif and Jocko’s book, Extreme Ownership but the audio book, ready by the guys is awesome and real. The audio book which you can get at audible.com takes you as close to the heat and danger of battle as you’ll ever want to be.

This isn’t the movies. This actually happened. 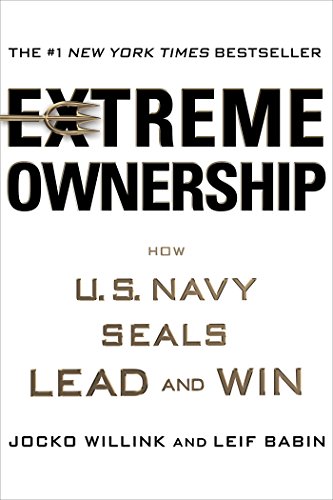