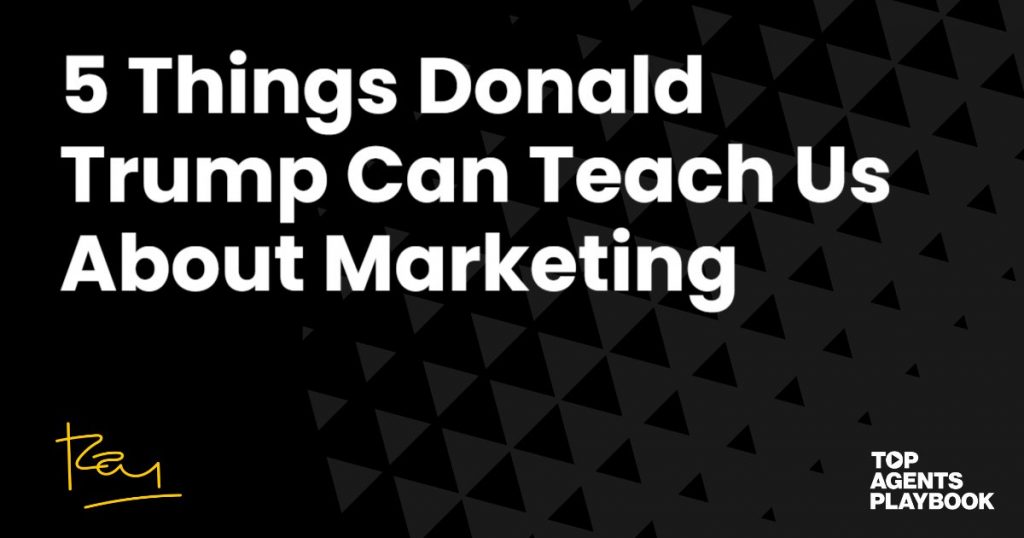 In the early days of the Republican race for the white house, typing JebBush.com into your browser sent you straight to Donald Trump’s official website, which was clearly a sign that this presidential campaign was going to be very different to anything we had seen before.

In a field of 17 candidates, Trump was an obvious standout. He wasn’t a state governor or any type of public official. He was a billionaire businessman with a hit reality TV show on his resume. Could he seriously be a contender for the highest office on the planet?

Then he started making controversial announcements like building a wall along the Mexican border and allowing guns to be carried in schools.

The media were tripping over themselves to give him airtime. He played them beautifully and poured gas on the fire of every story before coming up with something fresh to gain even more publicity.

If the 16 other Republican presidential hopefuls had taken a moment to read Trump’s book ‘The Art Of The Deal’ (Random House 1987) they would have found pages laden with obvious clues to what was about to unfold.

Take a look at this excerpt:

“One thing I’ve learned about the press is that they’re always hungry for a good story, and the more sensational the better. It’s in the nature of the job, and I understand that. The point is that if you are a little different, or a little outrageous, or if you do things that are bold or controversial, the press is going to write about you. I’ve always done things a little differently, I don’t mind controversy, and my deals tend to be somewhat ambitious”

Regardless of where you stand politically, you would have to admit Trump knows how to sell a story and despite a conga-line of haters, his ability to attract followers and grab headlines is outstanding to say the least.

At the time of writing, Donald Trump is the presumptive Republican Party candidate for the race to the White House to become the 45th President of the United States. His likely opponent, Hillary Clinton is still fighting off Bernie Sanders for the Democratic nomination and must be wondering what the heck she has to do to stem the tide of support that Trump is attracting.

So who will win?

Right how Hillary Clinton is out-polling Trump, but can she out-market him? With more than 6 months to go, my money is on the marketing genius of Trump and his team in a come-from-behind victory to celebrate this Christmas at 1600 Pennsylvania Avenue Washington DC. I think it’s his election to lose.

The rise and rise of Trump from the impossible to presidential candidate delivers a bunch of awesome marketing lessons for real estate agents. Here are my top five:

1. The continual promotion of a simple emotional message

‘Make America Great Again’ is a rallying call-to-action to anyone dissatisfied or disillusioned with the state of the USA today. Trump is really saying: “America is broken but I can fix it” He’s saying; “We once were great and we can be great again.”

A simple yet powerful slogan that can be woven into your marketing is working for you all the time.

Disneyland – ‘The happiest place on earth’, M & Ms – ‘Melts in your mouth, not in your hands’, Blood – ‘It’s in you to give’ are all great positioning slogans.

2. The ability to build a dynamic team

Industry leaders are highly skilled at building a great team and Trump is no exception. His media spokespeople carry his attitude and aggression and return to a single repeated theme as often as they can.

Nobody can be great at everything so building a team of people with skills you don’t possess can only boost your chances of success.

3. He knows his market

Trump has intimate knowledge of the pain points that trouble Americans most. The so-called minorities, when banded together, now make up a large proportion of the voting public. The former economic production powerhouse that fueled the economy before costs took everything off shore is now empty and rusting. The companies have gone or gone broke, taking the jobs with them while the country wrestles with debt numbers that are too big to fathom.

This is a classic and proven marketing strategy and works almost anywhere. Identify the problem, stir it up and aggravate it, then offer the solution.

4. He knows how to get attention

When it comes to making a controversial statement, Trump is in a class of his own. Making an outrageous claim or comment is the fastest and cheapest way to get a ton of media attention.

For a few days, no other candidate could get a word in.

5. He knows how to leverage technology.

In late 2012, people aged between 20 and 40, or the Millenials as we know them, became the single biggest sector of the population. Trump’s numbers people told him this was a group to pursue but they face two major issues: Can he get their support and do they really care enough to vote come November?

Trump’s tech team is his secret weapon. The tweets, posts and blogs have taken his Facebook followers to 7.5 million compared with Hillary’s 3.4 million.

Twitter followers are 8 million for Trump and 6 million for Clinton so he looks to be winning the social media war for now.

Elevating technology as part of your marketing is not a choice, it’s a compulsory strategy. Success will not be enjoyed without investment but the potential spoils are enormous if you get it right.

1. You won’t get noticed doing what everyone else does. While risky, Trump’s mission for attention has worked so far. What can you do to stand out in your market? What are most agents doing that you could do differently?

2. Don’t make assumptions about your market. Really know and understand what they want. Trump has tapped into the pain points raised at water coolers and dinner tables to deliver messages people are responding to. How well do you know your potential clients? What are their pain points? What issues would they express privately if you were NOT an agent and how could you shape your marketing and your business to offer an exciting alternative/solution?

3. Don’t be afraid of what others think. You will never capture 100% of the market. If Trump had chosen topics and taken positions to impress the Republican party, his campaign would have foundered in the first week. He raised a major issue, offered his solution then defended it emphatically, staring down his critics. This implies effective decision making and leadership. Folks respect that. Real estate buyers and sellers are looking for experienced and confident direction. They are looking for effective decision making from their real estate professional. Do you think Uber cares what the Taxi industry thinks? Do you think Elon Musk cares what big oil thinks? The best agents take a position and defend it with confidence, clarity and conviction.