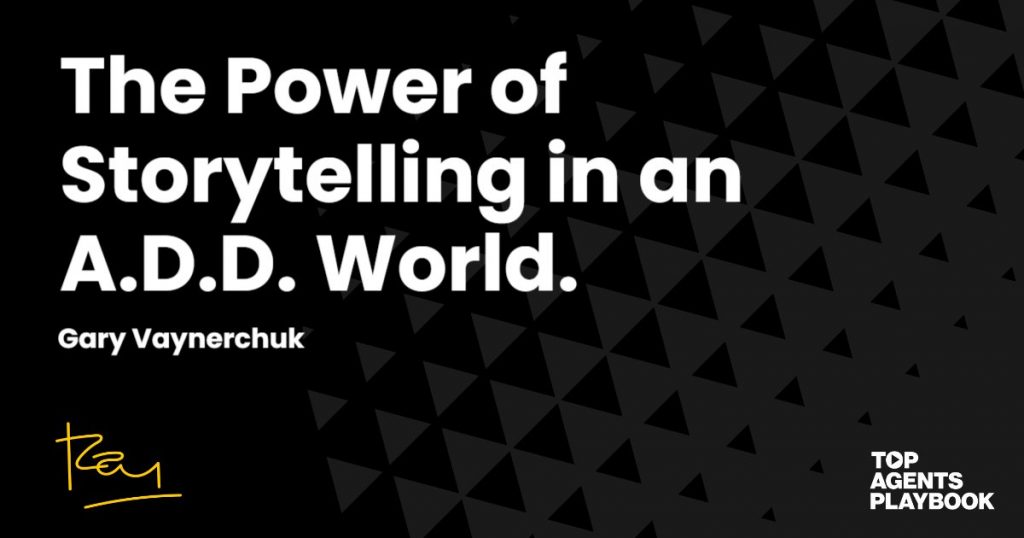 Warning:  This video link in this article contains swearing and adult language.

I first saw Gary live on stage at the RE/MAX R4 event in Las Vegas back in 2011.  He was loud and very kind of New York opinionated.  I had never heard of him before and I got the feeling most of the 4000 plus audience hadn’t either.

But only a few minutes into his message, I was riveted.  Here was a guy saying what many in the audience were already thinking.  From a marketing perspective it was a real break through moment for me.

In this address to an audience of Advertising people in early 2014, you’ll see that Gary is as loud and in-your-face as ever.  And just to give you the heads up, his language is a little blue.  But I challenge you to watch it and not be impressed with his message.

In world with Vine, Snapchat, and Twitter, how can marketers capture attention to make their voices heard?

In this 99U talk, best-selling author and founder of VaynerMedia Gary Vaynerchuk breaks down how our work can cut through our current “A.D.D. Culture” — One where we binge-watch entire television seasons in one sitting and prefer texting to phone calls.

“We’ve gotten to a point where everything is on our time,” says Vaynerchuk, “So why is everyone storytelling like it’s 2007 in a 2014 world?” The best digital storytellers, he says, use the social media to “hook” audiences in for the deeper stuff. We should give, give again, and give some more before ever asking for anything from our community. “We have to start respecting the nuances of every platform.”

Gary has appeared on countless programs from Jimmy Fallon, Late Night with Conan O’Brien and Ellen to MSNBC, CNBC, CNN and NPR. He was also notably featured in Decanter Magazine’s 2009 Power List, which lists the 50 most influential people in wine. In 2009, Gary was named Innovator of the Year at Wine Enthusiast’s Wine Star Awards as well as one of Askmen.com’s 49 Most Influential Men of 2009.

Gary’s ultimate goal is to own the New York Jets. Although his various businesses obviously play an enormous role in his life, he always puts his family first.