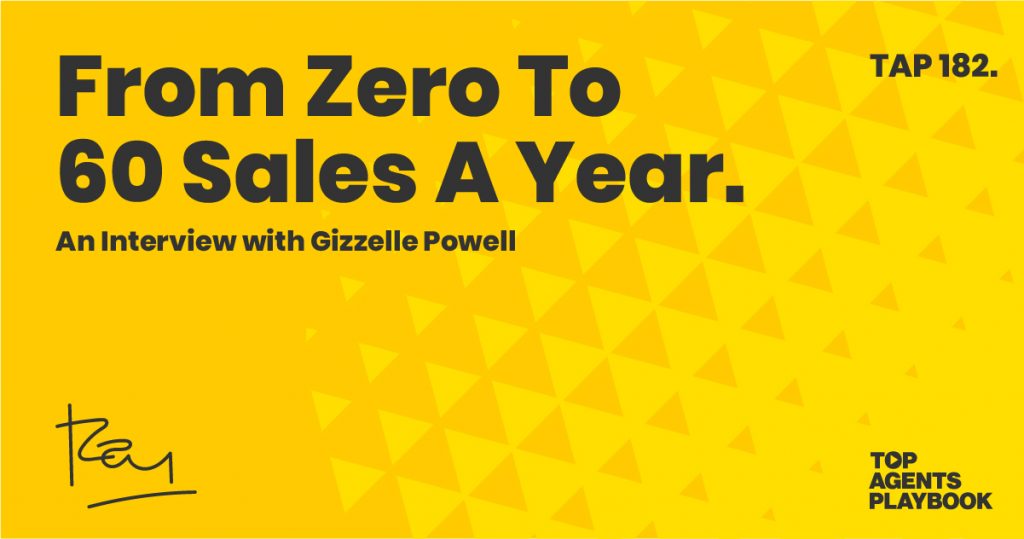 Women in Real Estate Series.  After hearing how she handled customers working for the Post Office, her future boss knew he was in the presence of greatness. But it would take him 2 years to win her over!

This is part of a series we’re producing here at the podcast about women in real estate. We’ll be featuring a number of interviews with some very impressive women who all have a story to tell about their journey and rise to the top.

You might wonder why I made the decision to single out a group that represents half the population and feature female agent interviews. Well, there’s a number of reasons:

For a start, most of the women I know in real estate had to work twice as hard to reach the level of success they now enjoy. If you’re a woman in real estate or even if you’re not, you’ll know as well as I do that, right from the start, the learning curve is steep.

Then there’s the fact that so many women juggle family and other commitments to make their careers work. Many are single mothers who somehow adapt to higher levels of organization to manage the daily routine of kids and school and everything that goes with managing all the lives in a family.

So even if you have a partner to share the load, that’s a solid workout. But many women ride alone and do everything themselves. To make this happen, they work hard and the hours are long.

But then something happens along the way. …and it happens because it has to.  They get super-focused and super organized because they understand better than anyone, time is money. They become personally accountable for every minute of each day because they know and understand there will be some more heavy lifting to be done before their head hits the pillow that night.

So when you hear me thank my guest for their time, it’s not just a throwaway line to wind things up. I genuinely know, understand and appreciate the sacrifice and contribution they are making.

By way of example, after I hit the stop button on this week’s episode with award-winning legend Gizzelle Powell, she told me she was happy to share her experiences and lessons learned because she knows there are so many women who are going through the same battles that she did.

She told me there were so many people who helped and mentored her right from the start of her career and this is her chance to pay it back.

I first met Gizzelle at an event we held in Australia some years ago.  She had just started her career and came up to tell me that she had read some of my coaching and training manuals and that she built her career by following and implementing those ideas.

Gizzelle has a lovely smile, great energy, and there’s something about her that tells you she can face big challenges head-on and keep going when others don’t.  She reminds me of some other impressive women I’ve featured on the show like D’Leane Lewis, Nyree Ewings, Arabella Hooper, Emmy Thies, Jessica Chia and Leigh Thomas-Brown.

These women share a work ethic that guides their careers on an ever-upward trajectory. And it’s not so much that they’re afraid of hard work, they embrace it as a secret weapon which is why each one dominates their market.

What I took away from this interview is Gizzelle’s deep commitment to helping her sellers and buyers achieve the real estate solution they are looking for. Her demeanor and attitude telegraphs her dedication to client care on a whole new level.