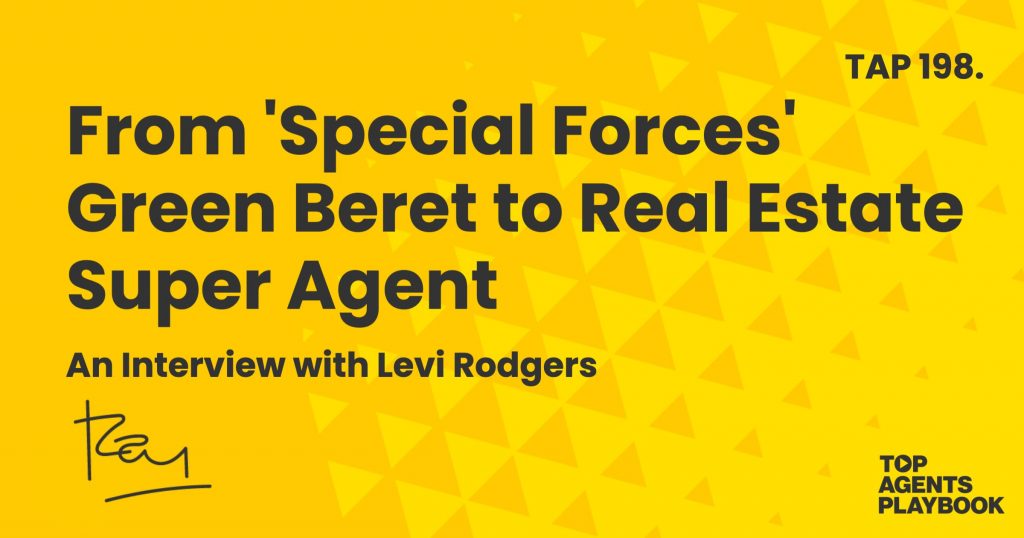 Afghanistan in 2009 must seem like a lifetime ago for former ‘Special Forces’ Green Beret, Levi Rodgers but I would bet what happened on that day is never far from his thoughts.

When the military vehicle in which Levi and four of his teammates were traveling, detonated a 400-pound bomb, Levi was the only survivor and despite serious burns and many broken bones, he ultimately recovered and realized his Green Beret days were now behind him.

I was unsure how deep to dig in this session when it came to Levi’s traumatic past but, as he shares during this interview, your story is what makes you and a powerful story like this one, stays with people and becomes part of their lives forever.

These days Levi runs The Levi Rodgers Group in San Antonio Texas and is helping the Veteran community not just get involved in owning a great real estate investment, his team is 55% former US military as well.

But I think what I like most about Levi’s story is that this highly decorated, Green Beret with a Purple Heart, a Legion of Merit and four Bronze Star Medals overcame a traumatic and near-death experience to honor his fallen teammates (as you’ll hear during this interview) and create a business from scratch that gives so much back to his city and the local military community.

Thank you for your service Levi