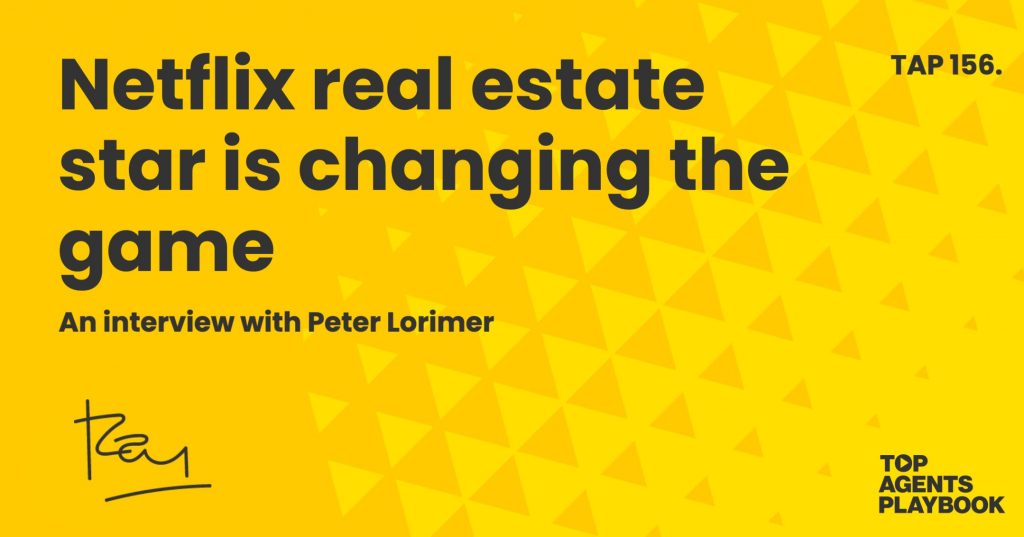 “With real estate, it’s quite simple: if you fiercely refuse to blend in, you can’t help but stand out” Peter Lorimer.  Host of the Netflix Series ‘Stay Here’

My guest for this week’s episode is LA-based super agent, Peter Lorimer.

…back in the day, Peter did something else!

But before real estate, Peter had another life:

Born and raised in the UK, he achieved tremendous success as a widely sought-after Music Producer working alongside the biggest names in music including Pink, Sheryl Crow, INXS, George Michael, Christina Aguilera and more.

He accumulated over 30 #1 Billboard chart hits by his retirement from the music industry in 2003. Wow!

On a quest for new business ventures, Peter began investing in the LA property market.

In 2005, he joined Keller Williams Realty and went on to become the #1 Agent at his brokerage three consecutive years in a row.

In 2009, he earned the prestigious distinction as the #1 top producing Keller Williams Agent for the entire LA region.

In 2010 Peter launched PLG Estates based in the heart of Beverly Hills and aimed at serving the who’s-who of the creative entertainment world, which blossomed with its anti-establishment mantra and its policy of no-vanilla.

Peter and his team of more than 200 handpicked agents dance to the beat of their own drum while catering to a discerning clientele.

I believe we need less agents and more marketers and those with the courage and drive to shake things up are forging some of the most dynamic and successful businesses in the world.

When you’ve finished listening to my interview with Peter, can I suggest you head over to his website PeterLorimer.com where you can feast on a visual treat of stunning marketing images, engaging videos (that Peter actually produces himself) and world-class copy that tells the stories so important to drawing a crowd and keeping them.