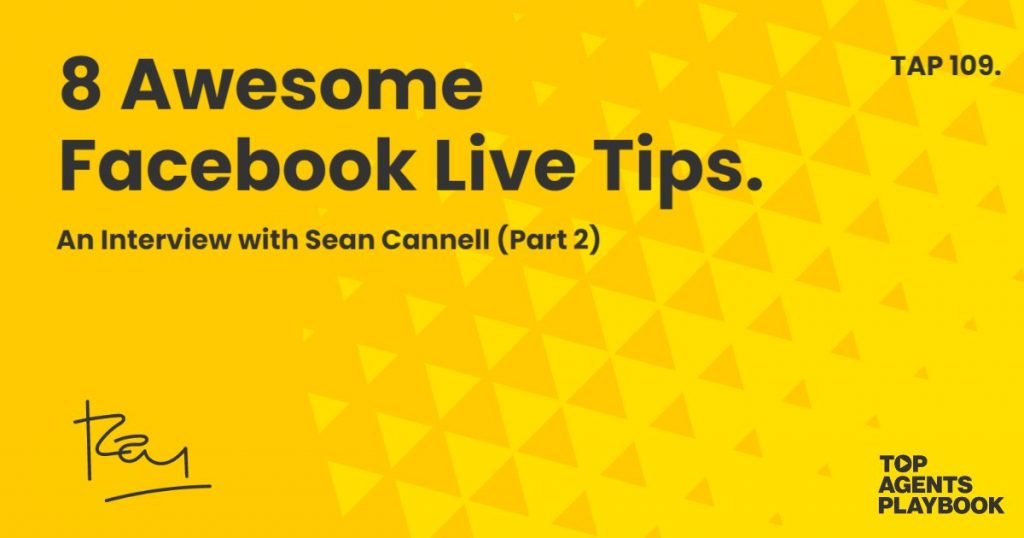 So much great feedback from Part 1 of my Facebook Live interview with Sean Cannel and thanks to everyone who reached out to say Hi this past week. I love getting those emails and facebook message please keep them coming.  Here’s Part 2.

But first? ….I listened with interest to a couple of news stories this week that made me realize change is happening even faster than we think.

Saddled with debt and a badly dated business model, 60 year old Toys R Us filed for bankruptcy this week and it was more than that backwards, stay back with teacher letter ‘R’ in their logo, that got them into trouble.

Big box retailers like Walmart have a burgeoning online business and have used their obliterating mass of retail outlets and market dominance to category and price kill almost every product on every Toys R Us shelf.

Then? there’s the company headed by the wealthiest man on the planet, Amazon.

When Jeff Bezos gambled his future by leaving his dream wall street job to follow a hunch and start an online book store, few would have guessed the size and power of the enterprise he would found and build.

A 600% share price increase in the last five years has catapulted Bezos past Buffet, Gates and Zuckerburg to a level of wealth that seemed unimaginable just 20 years ago.

I wouldn’t be so brave as to say that Amazon felled Toys R Us by themselves in a one two punch but as a business commentator on CNN sited, ‘digital sales competition’ is one reason for the brick and mortar toy store’s demise.

The world is changing faster than we know.

printer cartridge Tourette’s happens when you run out of printer ink and you can’t print anything (not even just black) and you realize the hundreds of dollars you need to part with to fix said printer. So this is sometimes followed by an involuntary salvo of expletives.

However, with my brand new Amazon Prime account with FREE DELIVERY to my front door right here in Toronto, I logged in and ordered replacements.

This was not only some $50 cheaper than the local office supply store, I didn’t have to leave home for a 90 minute round trip.

Welcome to my future.

The second tale of woe I heard this week involves the company I Heart Radio who operate 850 radio stations across the US.

In 2009 they acquired Clear Channel outdoor, a billboard business, in a leveraged buyout that also left them a leveraged debt in the billions.

…and this acquisition is puzzling. Let me explain…

So by 2009 we’re posting, liking and adding on social media, because it’s WAY more interesting than television or radio.

Then with a big uppercut to the Jaw of I heart radio, Tech megastar Spotify launches in 2006 and the days of music you have to listen to are finally numbered.

So with all this action happening on your phone, who has time to look at a billboard?

And how can you measure eyeballs and marketing results from a billboard? You can’t.

The guys who sold I Heart Radio and the biilboard company saw it coming. The guys that bought it didn’t.

Are you beginning to understand the madness?

So in this climate of generational change, a seismic shift in business trends, consumer habit and technology that still leave most of us breathless, I Heart Radio buys the San Antonio based billboard company which has eventually landed them with a 20 billion dollar debt.

The world is changing faster than we know.

So what the heck just happened here?

And the digital shift from old school marketing like newspapers and billboards buried clear channel outdoor.

So think about it.. don’t we owe it to ourselves to explore the real estate digital jungle?

And gone are the days when you need to be a radio station to publish and distribute a broadcast.

It was often excruciating and my subconscious told me there were other things I should be doing… but were there?

What could possible be more important than immersing myself in this new technology and discovering the possibilities?

So I consulted a digital coach and he patiently guided me through the nuances and helped me craft the type of website I’ve always wanted to build.

I’m embarrassed to share that it’s really not that hard.

The world is changing faster than we know. Can I encourage you to try new things and be a digital idiot while you work it out. Trust me, it’s the only way.