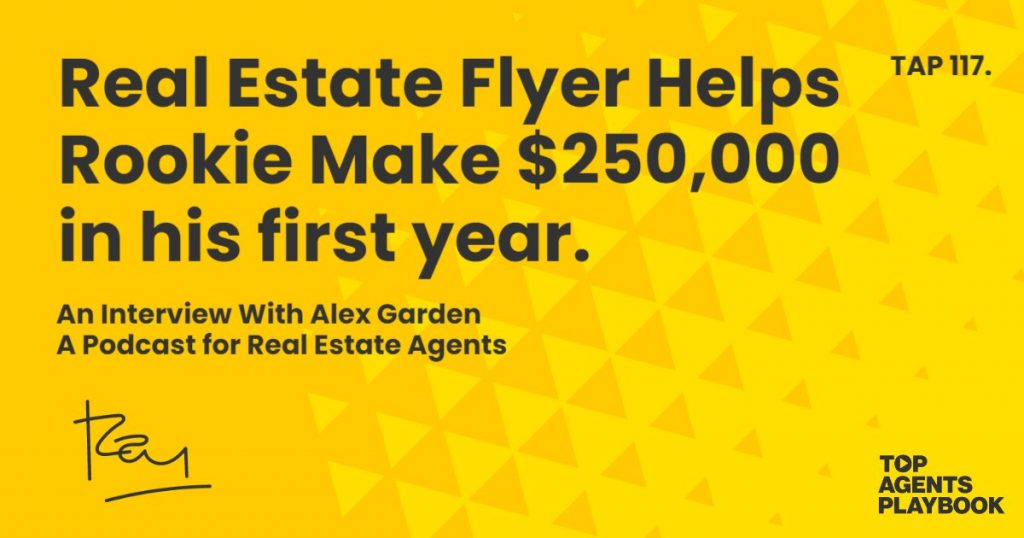 We all have setbacks. Some are our fault or accidental, others are beyond our control.

But when it comes to real estate, setbacks and disappointments are just part of the terrain. Any good agent won’t wallow in the dumps for long. They distract themselves with extra activity and quickly leave any setbacks in the rearview mirror.

But let’s be honest. A setback can hurt. The end of a relationship. A poor investment or losing a listing.

It’s probably harder on the young. When you’re new in the world and finding your way.

You don’t have the confidence of a battle-hardened pro. And sometimes, when you go to get back on that horse, it looks higher than ever.

That’s why I like this story. I also like it because it caters to my personal love of rags to riches story and overcoming adversity.  I guess that’s why there are so many Hollywood blockbusters that follow that successful formula.

I also like the story because it was able to let me showcase our new startup Jigglar.

Well before we launched, we began secretly testing our ideas with a number of agents in completely different locations. We wanted to know what real estate flyers worked and why. We had to make sure that when we launched Jigglar, our templates worked.

The flyer you’ll hear about in this interview flew out of the blocks like an Olympic hurdler. In fact, some of the results were that amazing, I had to call the agent back to go deeper on their results just to be sure.

The fastest and most effective way to promote any product is real evidence from someone who has used it.

My Jigglar partners and I can talk all day about how great our templates are but it’s much more powerful coming from someone in the field.

When I heard about the results Alex was getting with one particular flyer, I knew I had to get him on the show which was a treat for me because I got to meet a driven young man who could prove anything is possible and that the ‘old school’ theory of paying your dues and slowly building toward success is totally incorrect.

If you want to follow Alex’s lead and get extra listing leads right now, please listen carefully to when he gets his flyers out and where. These two components will be a critical part of your success.

I love real estate so much but when I see evidence of the impressive power it has to change lives and deliver such amazing results so quickly, I love it even more.

I’m inspired by this guy and what he did. I’m genuinely impressed by his discipline, his work ethic, his self-respect and his courage.  But perhaps most of all, his mindset. He took a big hit on the chin and rallied.

I want to say a big thanks to Alex. We’re so proud to have him as one of a growing number of Jigglar Jedis. He’s seen the tough times now he’s building an impressive real estate career.

Does it get any better than that?