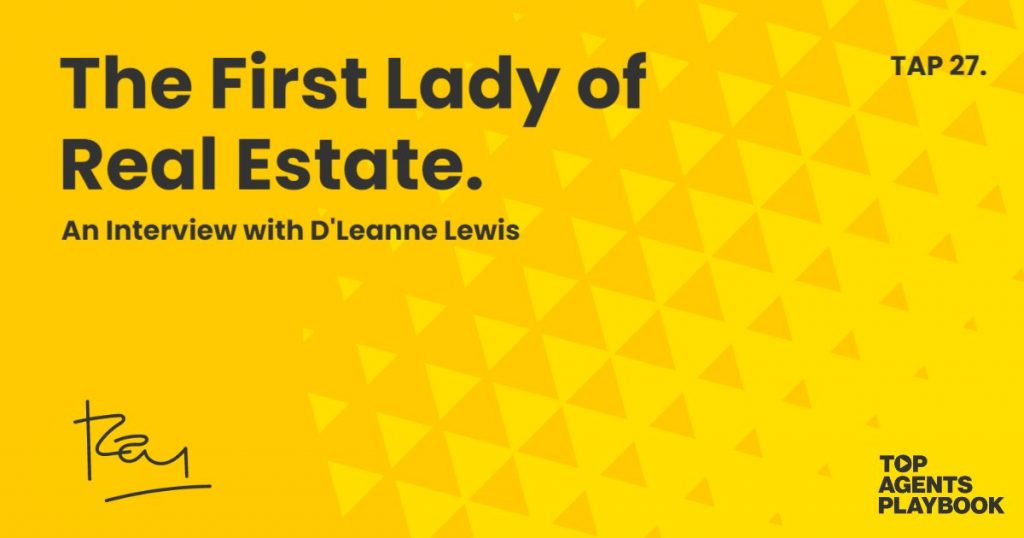 Meet D’Leanne Lewis, one of Australia’s most successful female agents.

Well, as we count down the days to our Real Estate RECHARGE event on the gold coast coming up in just a couple of weeks on the 22nd and 23rd of October, I wanted to let you know that there are still passes available.

We have more speakers than ever before at this event and the top agents we’ve lined up are, in my opinion, some of the very best.

And to top up your motivation, inspiration and to add some excitement and glamour to the event, we’ve got Australia’s first winter Olympic gold medalist, Steven Bradbury coming down from his hometown of Brisbane to get our thighs burning as he shares some speed skating tips and some truly epic career highlights. Steve is an excitement machine and I can’t wait to hear his session and catch up with him at the cocktail party of Thursday night. Come and join us and the refreshments are on us.

So if you’ve been to our website, recharge2015.com, you’ll notice a speaker missing from the line up I just gave you… and that’s because this episode is all about her.

As a director at Laing & Simmons Double Bay and Bondi offices, D’Leanne knows what it’s like to win in this super competitive market.

I really enjoyed my interview with D’Leanne and she has an amazing story that I know you’re going to enjoy. And it starts one day when she responds to a tiny 6 line ad in the Sydney Morning Herald for the position of real estate sales assistant.

23 years later, D’Leanne is part owner in that very same office and earns more than $2 million dollars a year. Quite a journey, in so many ways for the young woman that left Sydney’s western suburbs to pursue her dreams.