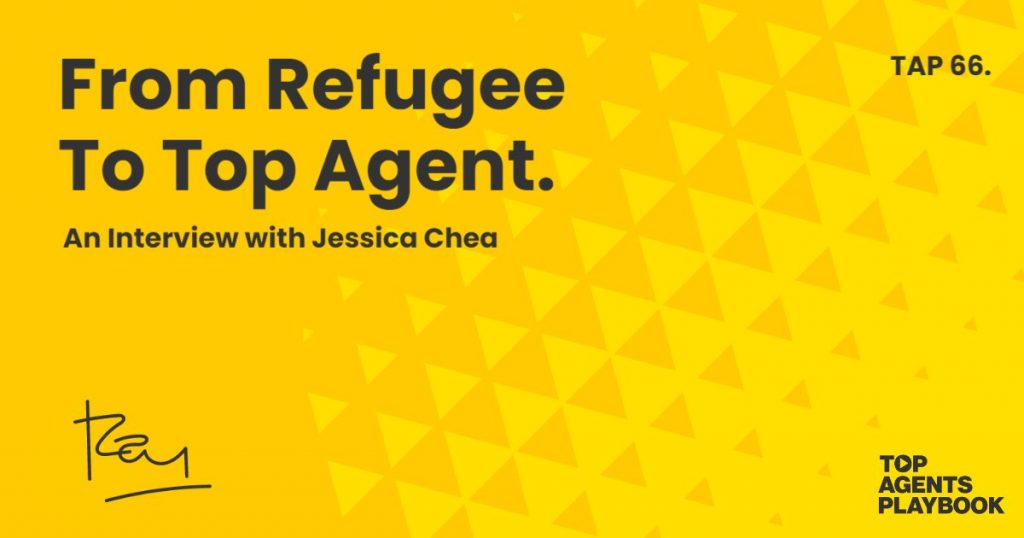 We all start our real estate journey from somewhere and here’s one I think you’ll find interesting.

The life that most of us know, a life of freedom and opportunity, is something we not only take for granted but expect as a right.

Sadly, and most often tragically, others, who are less fortunate, are born into circumstances not of their making. And as we see all too often, not everyone gets out alive.

In the mid to late 1970’s Cambodia was ruled by a cruel and heartless dictator.

Pol Pot, who lead Cambodia’s communist party known as the Khmer Rouge, is said to be ultimately responsible for up to 3 million deaths during his time as leader.

In an attempt to survive, Cambodians fled their country for safer places.

Many, including my guest for this episode, eventually found refugee sanctuary with her parents in neighboring Thailand. She was just seven years old.

Somehow, Jessica Chea and her family were processed as refugees and ended up in Melbourne Australia.

For many years, Jessica ran her own hairdressing business in Melbourne until about 3 years ago, when she made the leap to real estate.

I think her story is important for a couple of reasons.

First, she’s overcome some major setbacks to be where she is today and she has made it happen herself.

Second, she has quickly risen to be included in Australia’s Top 50 female agents (She was named at number 32 in REB’s 2015 list)

And third, and this is what interests me most, is that she’s prepared to do whatever it takes (as you’re about to hear) to out list and sell every other agent in her area.

Like all great agents, Jessica Chea is an entrepreneur who specializes in selling real estate. She brings long-term business success to her new career with an entrepreneur’s hustle to get things done.

She’s not only a great Australian but has the highly valued qualities of determination and courage that Australians admire the most.

As a Melburnian, I’ve very proud to feature Jessica in this interview.  ~RW