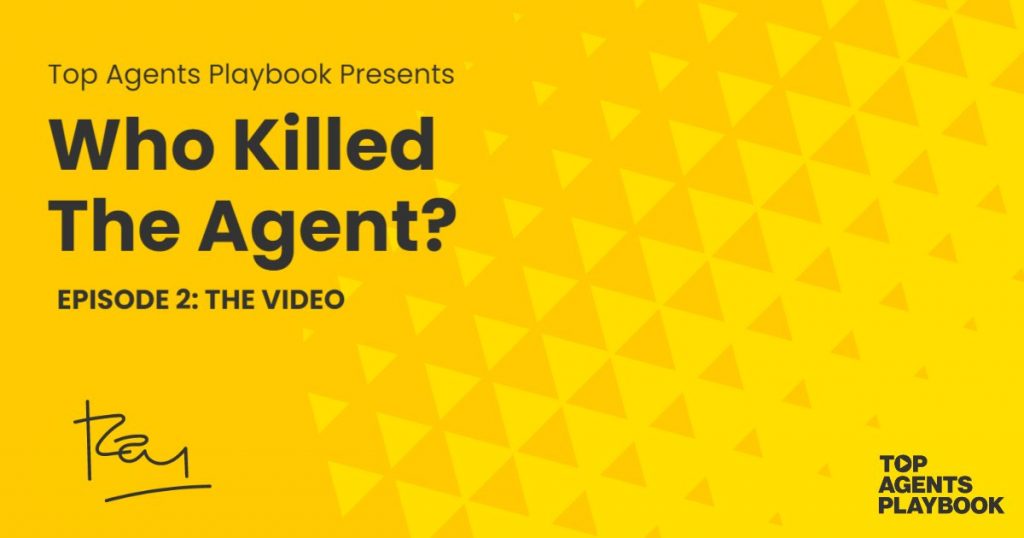 In September 2017, the 40,000 strong real estate community of greater Toronto was rocked by the execution style murder of a successful, popular and respected Broker in a busy downtown Toronto restaurant.

The 54 year old father of two boys didn’t stand a chance and while police continue with their investigation there is yet to be an arrest.

I’m Ray Wood and this is Who Killed The Agent

A little before 9pm on Saturday the 16th of September 2017, well known Toronto Real Estate Agent, author, television and radio host Simon Giannini was dining with a friend at an upmarket restaurant and steak house on Simcoe Street in the entertainment district of downtown Toronto.

Michaels On Simcoe is well known for fabulous food and wealthy patrons.

If you’re on a budget, the Surf & Turf featuring a 6oz prime tenderloin with lobster, scallop and shrimp will set you back $85. And with that you might choose a Okanagan 2015 Pinot Noir from Canada’s British Columbia for 80 bucks.

But September in Toronto is home to the TIFF or Toronto International Film Festival and diners at Michaels wouldn’t be too surprised to spot a big name Hollywood Producer or Movie Stars like Colin Firth, Emily Blunt, Keira Knightley, Morgan Freeman and Johnny Depp who have all dined at the restaurant well known to be one of the finest in town.

So if you’ve just received a nice advance on your next big movie role and feel like splurging, you’ve got some options;

The Kobe Black Tajima Beef specially imported for Michaels from Hyogo Japan is $768.00 and if I’m wanting to impress my friends, I would probably part with $2068 and ask the Sommelier to decant a 1998 Penfolds Grange Shiraz from South Australia.

I don’t know what Simon Giannini and his friend were eating or drinking that night, but the restaurant was near capacity with 140 diners enjoying the Michaels experience.

But that was about to change.

At 8 minutes to 9pm, restaurant security CCTV footage shows a hooded figure with cap and dark glasses entering the restaurant.

His dark gray hoody with a large letter B on the left side of his chest is pulled tightly over his cap and much of his face. In fact the hoody looks to be zipped up almost to his nose. He’s wearing lose track pants and runners

On the third step down, he hesitates and bends forward as if to hear something more clearly. He also looks to pull the sleeves of his hoody down to cover his hands.

He then continues down 10 steps, walks past the main greeting reception counter, where a restaurant employee asks if she can help.

The man responds that he’s looking for a friend.

Realizing he’s walked past the main entrance to the restaurant, he turns back past the reception counter and makes a right into the main dining area.

At this stage, it’s unknown how the man was able to locate his target so quickly in a crowded restaurant of 140 people. Also, Giannini had his back to the entrance so the man would not have been able to see his face.

It’s understood, the man walked directly to Giannini’s table and from the right pocket of his hoody, pulls out a handgun and shoots Giannini twice before turning back towards the entrance.

But then, he turns around, runs back to Giannini’s table and shoots him 2 more times.

The video, which does not reveal the actual shooting, shows the hooded gunman quickly fleeing the restaurant and running into nearby Pearl Street where he gets into a white SUV which peels off into the busy Saturday night traffic heading west on Pearl.

With the streets of downtown Toronto, thick with security for the film festival, police arrive in seconds followed by EMS. The well respected father of 2 is rushed to hospital where Toronto’s 41st murder victim for the year is pronounced dead on arrival.

Witnesses on nearby Simcoe Street see people screaming, crying and running away from the restaurant. A waiter from Michaels courageously chases the gunman outside and gets the license number of the getaway car.

In a September 18 article published online at ctvnews.ca journalist Josh Elliott reports of an exchange between Giannini and the gunman and I’ll read verbatim from Elliott’s article.

“When the assailant approached Simon, the victim, she heard Simon say something like ‘ha ha ha, you’ve got to be kidding,’ or ‘ha ha ha, very funny,’”Dabic told reporters on Monday. “He knew it was coming and he thought it was some joke.” End of quote.

On Wednesday September 20th at 2pm, some 4 days after the murder, Toronto Police Detective Shannon Dawson addresses the media for the first time. Here is an excerpt from her news conference.

As this podcast goes to air, it’s about 2 months since Simon Giannini’s execution and an online search reveals little information about any progress in the case to date.

And there are so many questions.

Was this a targeted professional hit? It would appear so.

But why in the midst of one of the busiest nights of the year and right in the middle of the Toronto Film Festival when there are so many potential witnesses and police are patrolling everywhere.

Does the victim somehow recognise his attacker? His verbal response just before being shot would suggest it may well be a possibility.

And there are two things about the restaurant that raise more questions: How did the gunman know his victim would be dining there that night? And how was he able to locate him so quickly among 140 patrons when his back was to the shooter? Witnesses say the entire incident took no more than 20 seconds

In September 2015, just 2 years earlier, a man and a woman were seriously injured in a shooting at the same restaurant. So is the restaurant somehow involved? Authorities believe not.

At the time of his murder, Giannini was in the middle of a messy divorce but any connection to his widow has been ruled out.

Was the victim into gambling, drugs or some criminal activity that would make him a target? Apparently not. He was very well liked and respected by friends, clients and work colleagues.

Simon Giannini was a top agent in a city of 40,000 real estate agents and by all reports, he was doing well so why would he risk his success with anything illegal? That just doesn’t make sense.

But there is a connection to the victim that needs a closer look. It’s a connection, that from all reports the slain real estate agent didn’t really want.

Could it be that this connection is the one that ended his life on Simcoe Street that night in Toronto as summer was coming to an end?

That’s next time on Who Killed The Agent.